Nerja is the main tourist resort of the Eastern Costa del Sol as it lies between small coves untouched by development and impressive mountain scenery. The beauty of the beaches and cliffs surrounding Nerja makes them ideal for sun worshippers and lovers of waters sports alike.

The centre of Nerja is the Balcon de Europa, a favourite place with both locals and visitors. The promenade flanked on the left by lovely arches and on the right by hotels, bars and restaurants, ends at a semi-circular viewpoint at the cliff-top, commanding magnificent views over the Mediterranean and the mountains. Sunsets seen from the Balcon de Europa are unforgettable. The promenade is lined with palms and two ancient cannons form a reminder than until 1812 there was a fortress at the top of the cliffs. It is the night-time location for many street entertainers and local musicians.

Nerja is full of small shops and you can find anything from shoes and clothing to souvenir and art shops. Shops close between 2 and 5 pm, except the supermarkets. The streets with most and better shops are Calle Almirante Ferrandiz (near Balcon de Europa) and Avenida Castilla Perez. 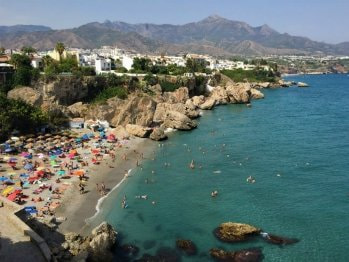 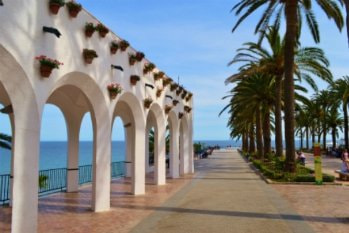 A good social life in Nerja involves eating and drinking; there are more places to eat per head of population than anywhere else in Spain! The choice is varied, the standards are high and the prices are reasonable.

At the Tourism Information office near the Balcon de Europa you can get local maps and other details. You can find most information about Nerja and local leisure activities at http://turismo.nerja.es/

Voted the 'prettiest village in Andalucía' by the Spanish tourism authority, Frigiliana is also important from a historical viewpoint.

The village is a tangle of narrow cobbled streets lined by whitewashed houses, their wrought-iron balconies filled with planters of brilliant red geraniums. Small plazas provide shady seating while the village bars are popular with visitors who come here to taste the locally produced wine. There are also several excellent shops selling pottery and ceramics, including decorative plates with their distinctive Arab design.

Frigiliana is best explored by foot. There are several buses a day that run from Nerja or, alternatively, leave your car at the car park at the bottom of the hill. Although the village is deservedly on the coach tour circuit, thankfully it hasn't yet succumbed to the demands of mass tourism with innumerable souvenir shops and overpriced bars.

You can find more information about Frigiliana at http://turismofrigiliana.es/en 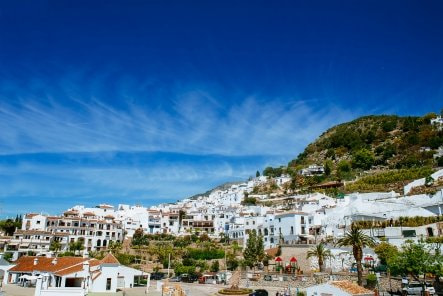 Just ten minutes from Nerja, along the N340 Granada road, is the small village of Maro (pop. 1000) where you will find a few bars, restaurants and shops. The fields and gardens of Maro stretch down almost to the sea, in terraces sloping down the sides of the mountains. Every summer, hundreds of visitors flock to Maro to relax in the charming coves of its coastline, which can be reached by narrow footpaths down the cliffs edge; for the intrepid travellers only.

At the Nerja Caves you will see natural archaeological caves containing the World’s widest Column, shaped by the merger of a stalactite and stalagmite. They were discovered accidentally in 1959 by a group of boys out playing, and the spectacular stalactites and stalagmites have made the Caves one of Spain’s top tourist attractions. The main monument in Maro is its church, the Nuestra Senora de las Maravillas, the building of which began in the early 17th Century, though due to the earthquake in 1884, it was restored at the end of the 19th Century.

Just prior to arriving in Maro you will see on the main N340 the Eagle’s Aqueduct (Acueducto del Aguila), this once carried water to the old sugar factory in Maro and close to the village are the ruins of the ancient Roman city of Detunda. 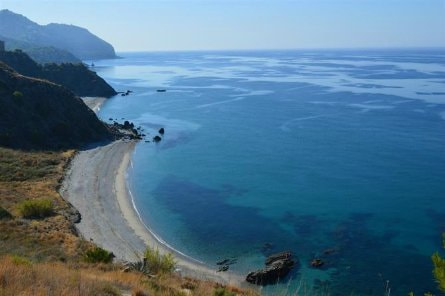 Located 47km east of Malaga, within Andalucía and part of the Costa del Sol, Torrox has as little as 12,000 inhabitants but this figure swells during the summer months. Torrox centre is 4km from the coast and is dedicated to tourism. The nearby mountains are covered by vineyards and olive trees.

Even though Torrox has Neolithic origins, it was once an important Roman factory city. Extensive ruins here have been discovered and restored, such as the thermal baths, a luxury villa and a necropolis. Most of the village is of Muslim origin and evidence of this can be found, such as the city walls and a tower.

Torrox boasts an agreeable climate. The town consists of two parts, the upper village nestling in the mountains with its Moorish influence and the lower village, near the sea, reflecting a Roman origin.

The area presents various Roman ruins, representing 2000 years of history as well as more modern sites such as the Convent of the 16th century and the imposing Parish Church of the 18th century. The major festivities in Torrox include the carnival in February, Semana Santa at Easter, the Feast of the Crosses, 2-3rd May and the Night of San Juan on 23rd June. There is also a major fair in October.

You can find more information about Torrox at http://turismotorrox.es 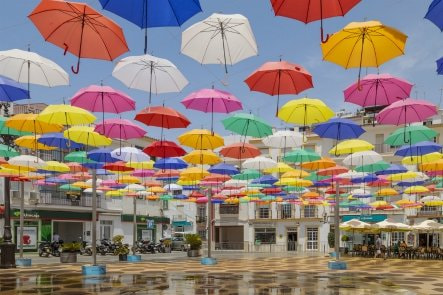 Descending from Torrox white-washed houses and gardens from the mountains down to the sea, there are 9 km of fine, sandy beaches, several of which have been awarded the blue flag.

Torrox Costa is perfect for a sun and sea holiday with children, a romantic getaway or a break with friends – a place where you will get a little bit of history, culture and nature on top of the beach.

At the heart of the resort is the Paseo Maritimo a flat pedestrianised promenade. Starting at El Faro or the lighthouse the promenade runs west along the entire length of the main beach Playa Ferrara. Most of Torrox's shops, bars and restaurants are to be found either along the Paseo Maritimo or in amongst the apartment buildings that stretch back to the main coast road.

You can find more information about Torrox at http://turismotorrox.es

To the east of El Faro is the less developed side of Torrox Costa and the site of the remains of a Roman necropolis and villa located immediately west of the lighthouse. Here the beaches are more rugged and natural where it is still possible to pull your car off the road and park virtually on the beach. 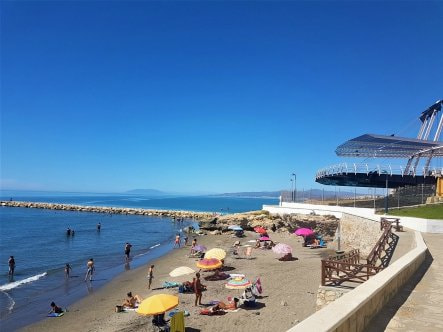 Located only 45 min South from Alicante, the Mar Menor (Minor Sea) is a famous salting area since Roman times. Its 320 days and 3,000 hours of sun along with its average of 17-21 degree Celsius are ideal for all year around holidays.

Very popular with families and senior travellers due to its flat surface and quiet atmosphere, its ideal for those who want to treat various joint and skin conditions it its famous “mud baths” in the saline pools. 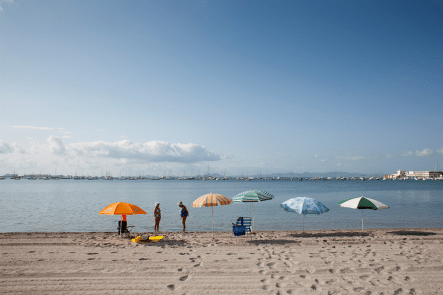 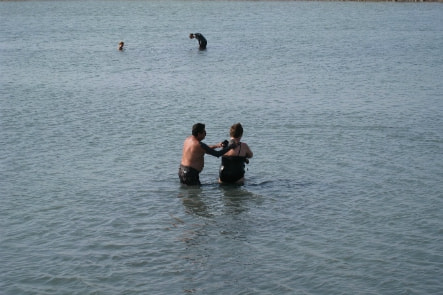 Mar Menor has 23 km of fine sandy beaches with very shallow shores, ideal for small children and non-swimmers that can enjoy a warmer than usual water temperature. It is also ideal for swimming, water sports and sailing with a huge following of windsurfers and skysurfers, waiting for the afternoon wind to pick up speed.

The local town of San Javier offers many restaurants and bars with good quality food at cheaper prices than in other more popular destinations, preferred by Spanish families and foreign tourists staying several weeks or months. The nearest airport is San Javier only 15 minute drive from the main town and beaches. The region of Murcia is well known for the quality the fruits and vegetables it produces such as oranges, lemons, tomatoes, peppers, lettuce and artichoke.